The extension of James Walker Trail from Riviera Way through to Highway 22 will be constructed later, depending on the timing of the South Bow development.

Jack Tennant was one of Cochrane’s most involved residents who dedicated his life to building bridges between people and communities. He was the founder and publisher of the Cochrane Eagle, a photojournalist, columnist, involved AA community member, committed philanthropist and honourary member of the Stoney Nakoda nation. Tennant died in 2018. 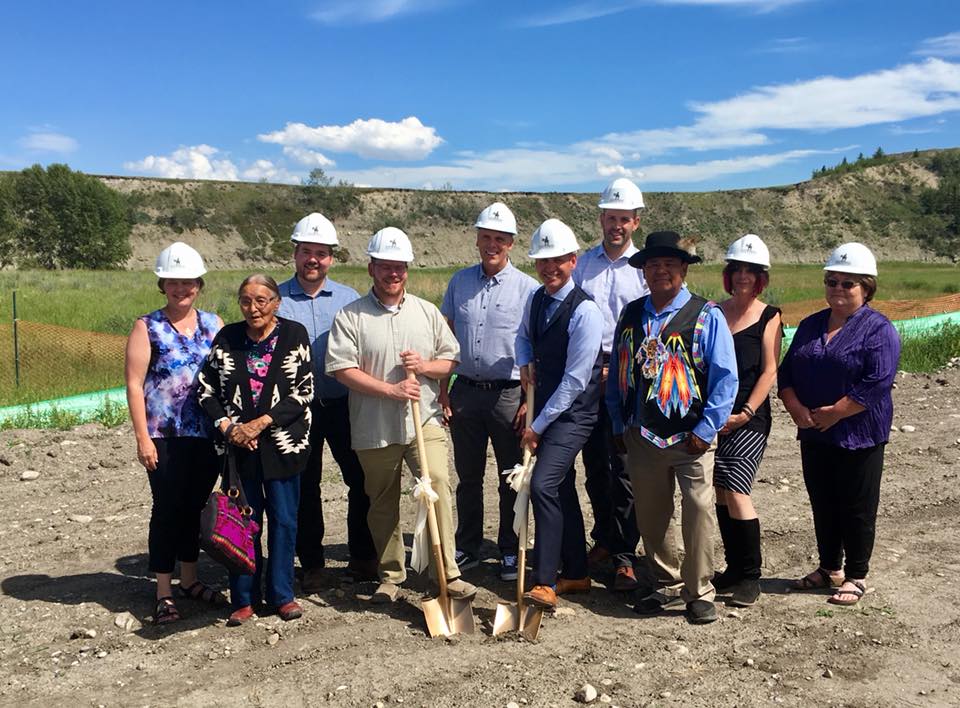 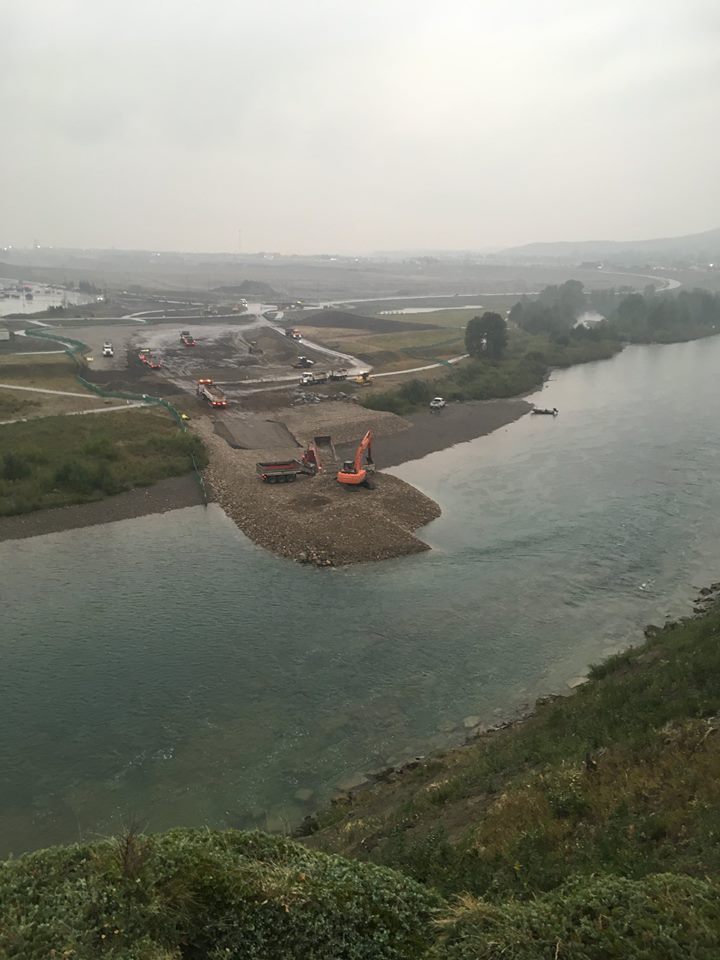 Start of construction of the in-river berm that will be used as a construction platform for the east pier of the bridge. 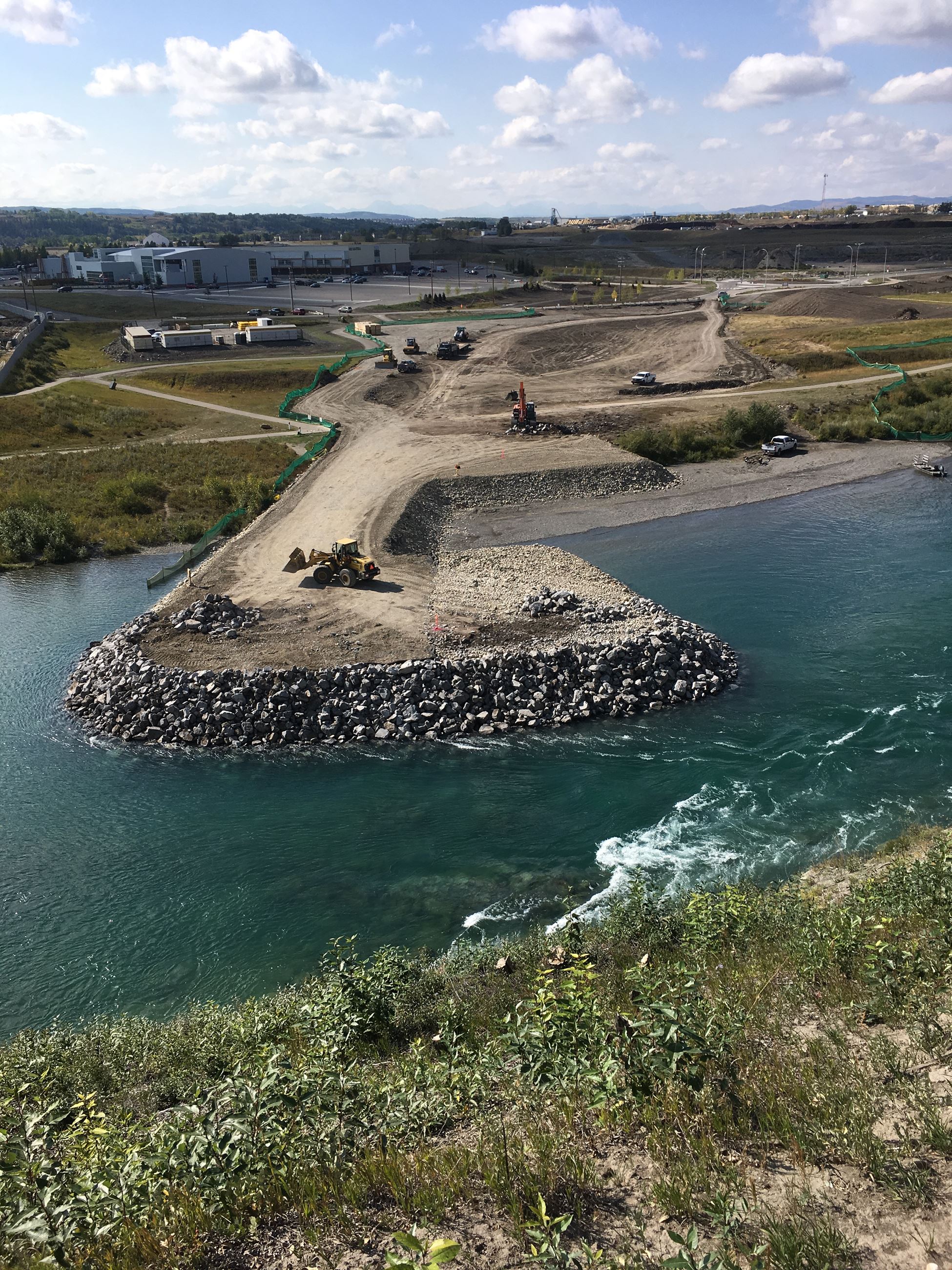 Construction of the temporary berm is complete (approx. 9500 m3 of cobbles). The berm will be used as a construction platform for the bridge piers and will be completely removed in summer of 2019 so the gravel beach can be reestablished. 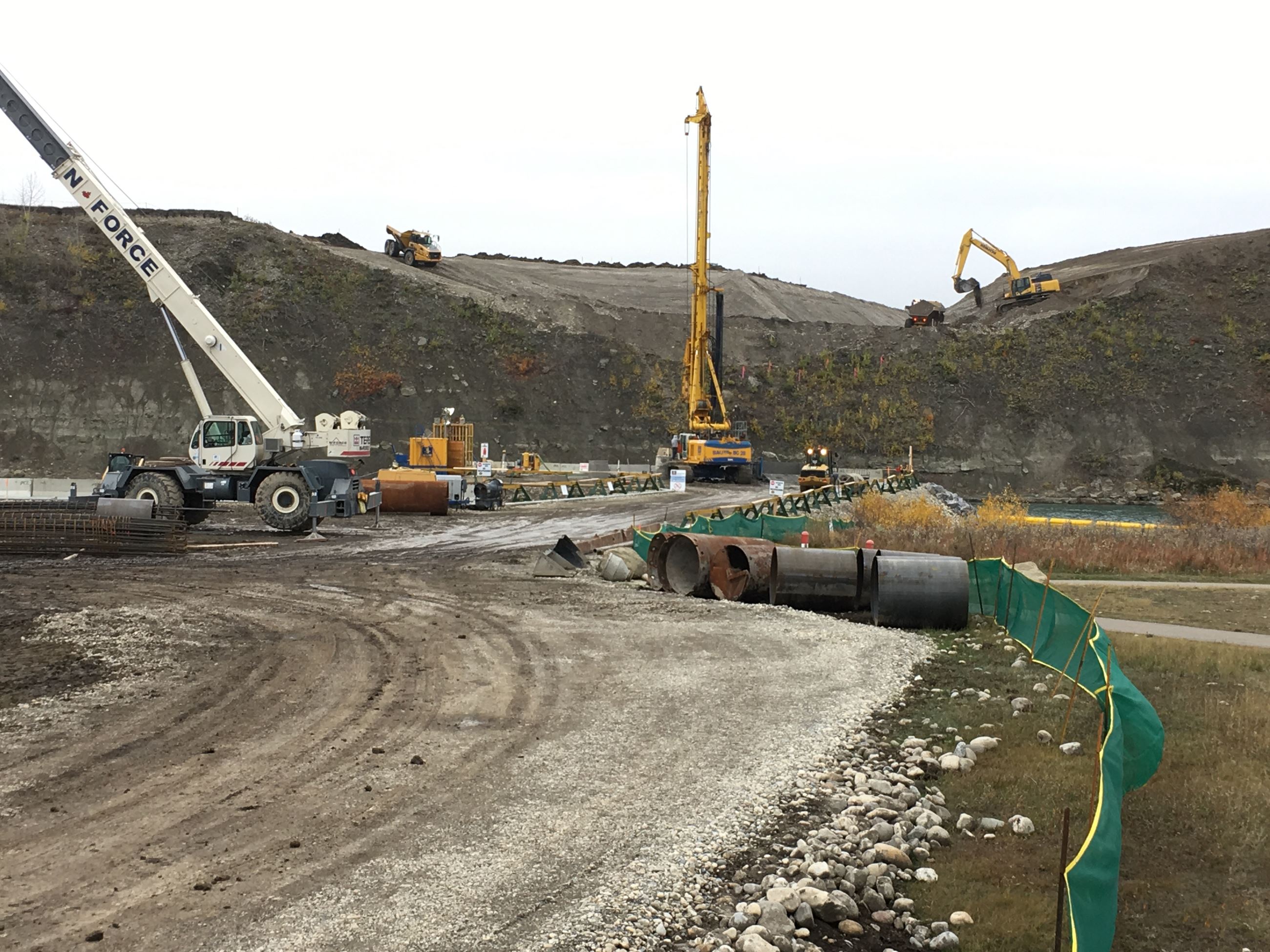 Things are getting busy at the bridge with the start of construction of the in-river pier foundations. The foundations for each pier consist of eight drilled-shaft, cast-in-place concrete piles that are about 1.2m (4ft) in diameter and up to 13m (43ft) long. The cut for the east abutment on the far side of the river is also advancing with a further 4 m of cut to go. 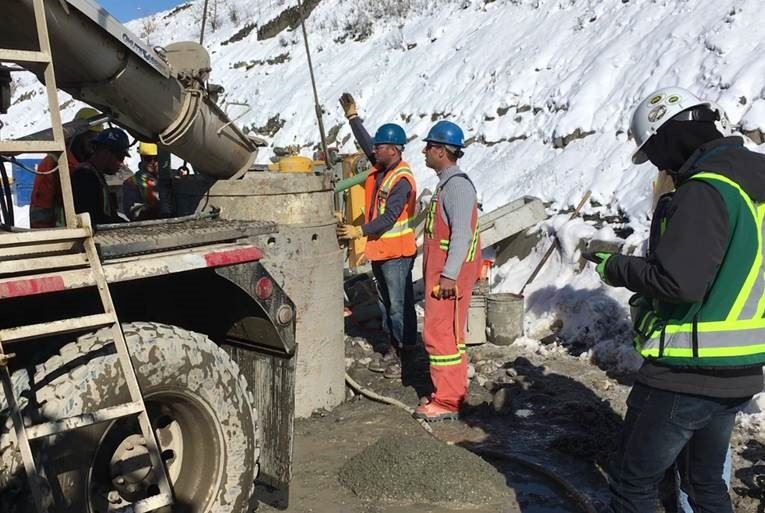 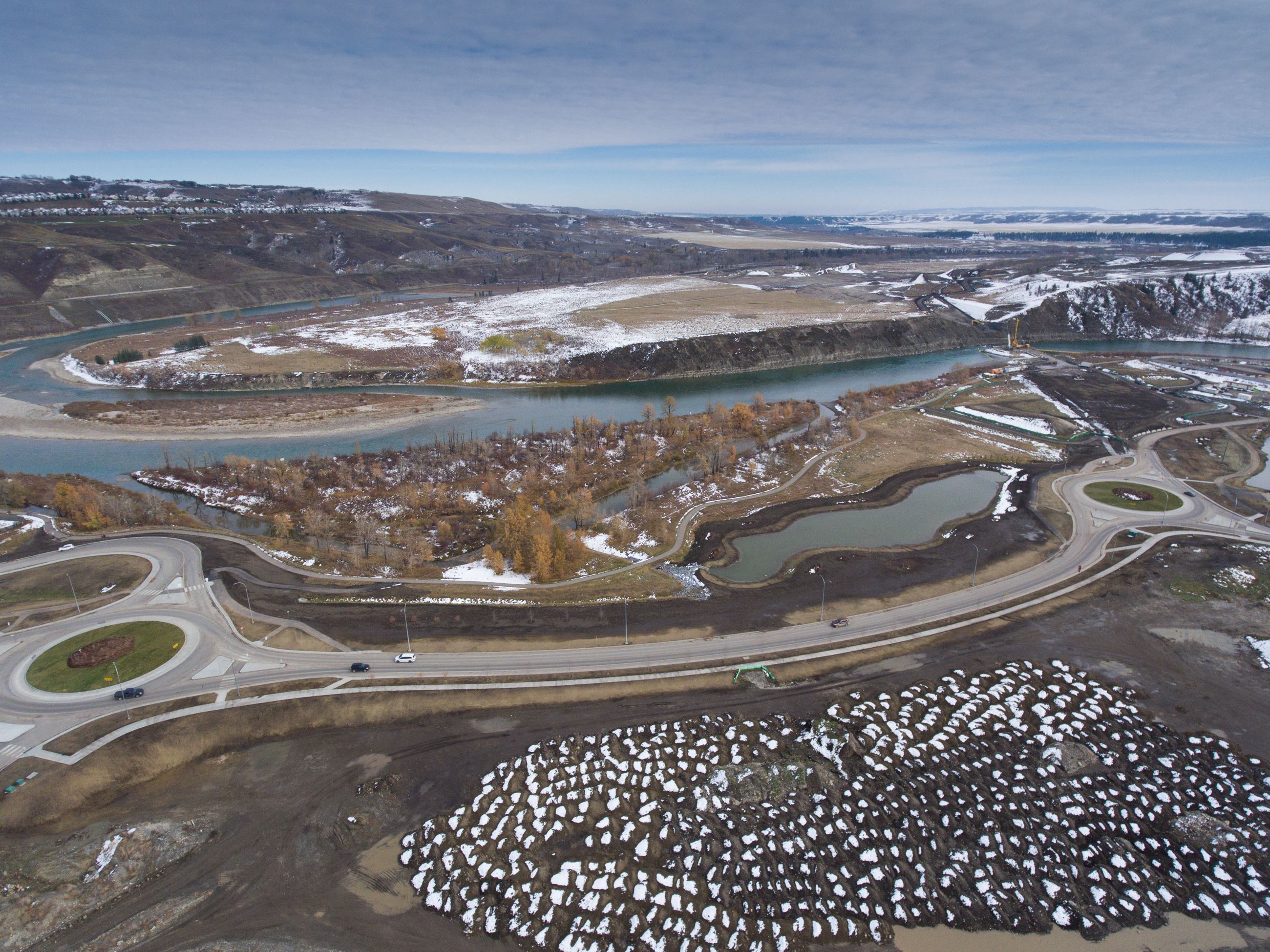 This photo shows how the new Griffin Road realignment project connects to the bridge and new James Walker Trail across the river.
Credit: Bill Marsh Photography

This image is from a 3D model of the bridge construction site generated with drone-based orthographic photogrammetry. The Town and their construction partner, PCL Construction, are using PCL’s Unmanned Aerial Vehicle (UAV) program to survey the James Walker Trail and Bow River Bridge project to track earthworks cut and fill volumes. The UAV survey achieves accuracies of +/- 1cm, which is comparable to traditional ground surveys but completed in a fraction of the time. PCL uses a Matrice 210 UAV from DJI and SiteScan cloud platform from 3D Robotics, Inc. (3DR) to process the imagery into the 3D model. 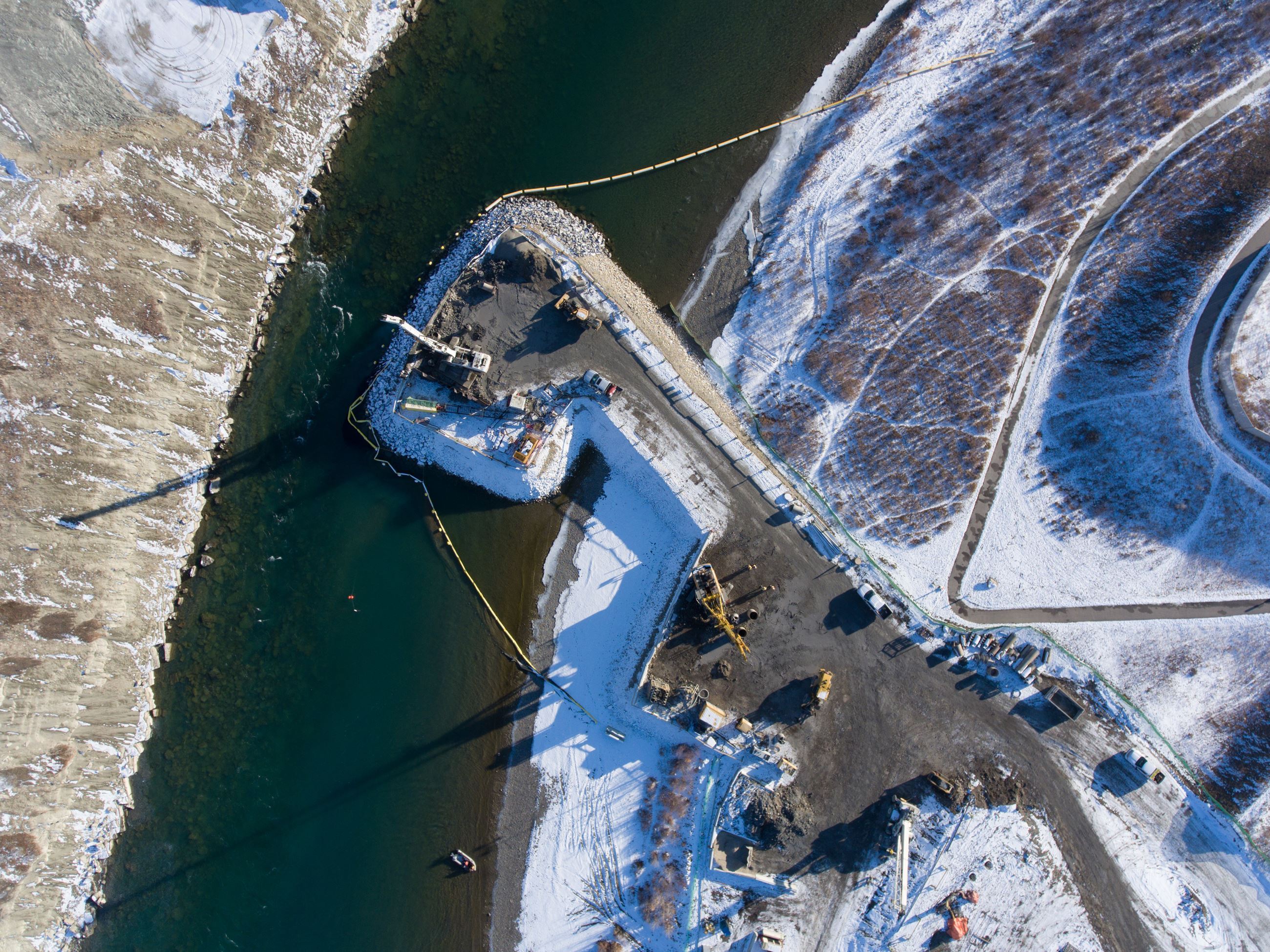 This photo shows the locations of the four bridge foundations. The orange tarps at the bottom right are at the completed west abutment foundations; the yellow drill rig is drilling the foundations for the west pier; the white drill rig is working on the sheet pile cofferdam at the east pier pile cap, and the snow-covered platform in the top left (far side of the river) is the location of the east abutment.
Credit: Bill Marsh Photography 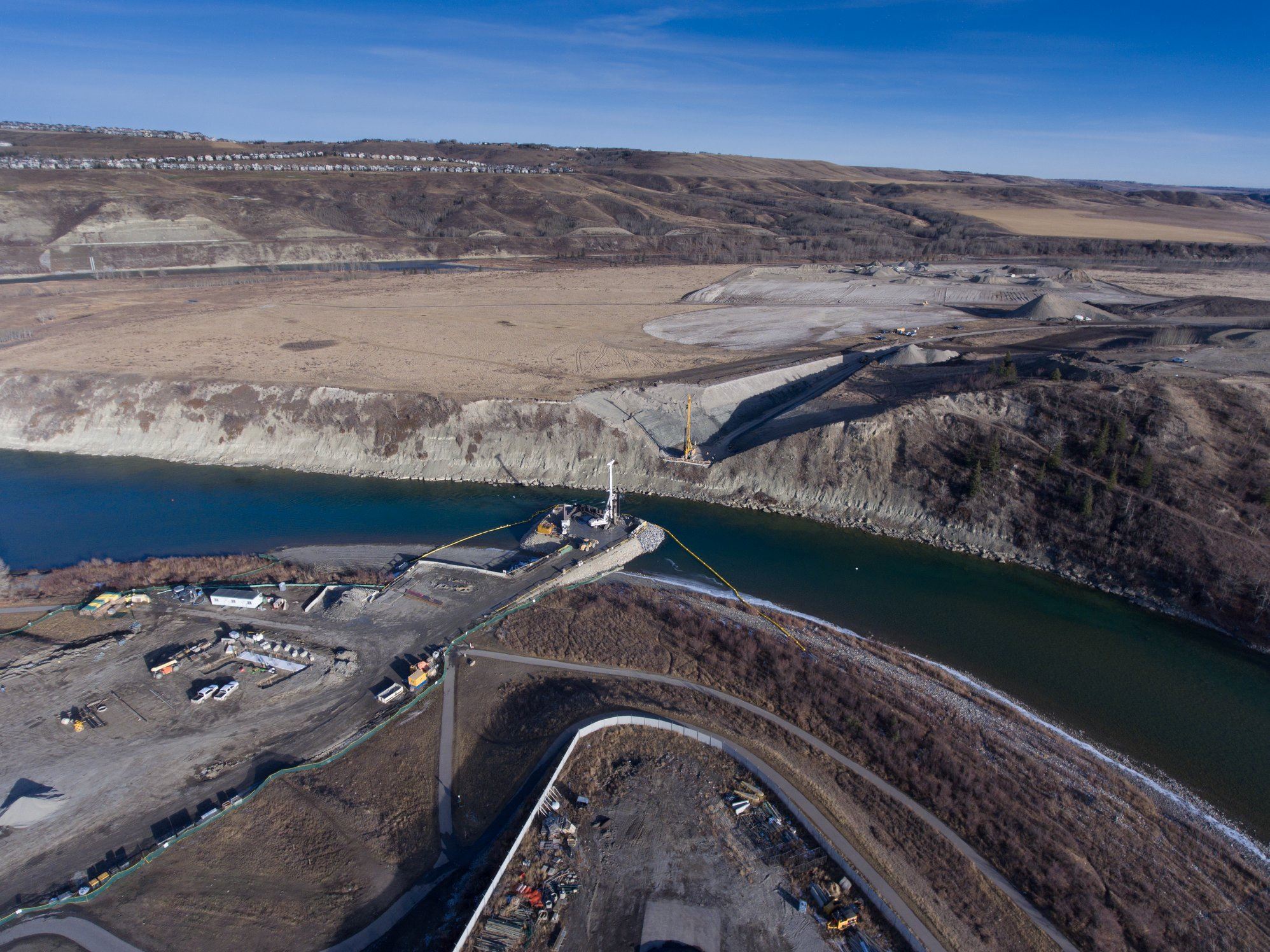 Drilling for the east abutment foundations on the far side of the river started Monday. These are the last 7 of 30 drilled shafts to be constructed for the bridge. The form work for the west abutment also began Monday, allowing for some above-ground construction this week. Credit to Bill Marsh Photography. 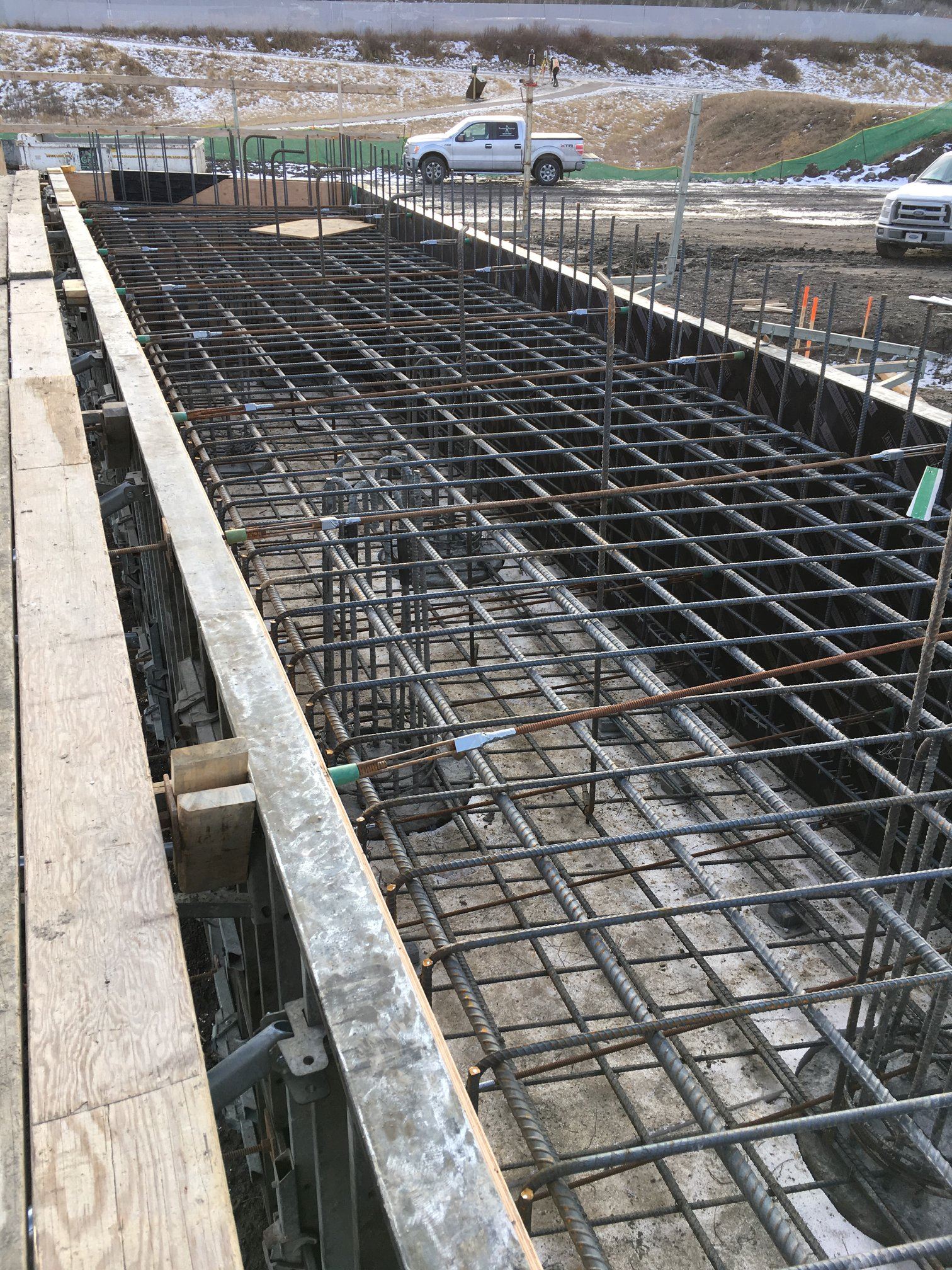 The west abutment formwork and rebar are finished and ready for the first above-ground concrete pour. About 80 cubic meters of concrete will be used in each of the abutments. The alternating circular spots under the rebar are the drilled shaft foundations extending into the abutment.